Hello!!...It has been very long time since I last post....sry I didn't have enough time to post but I try to post as much as I can...hehe.. 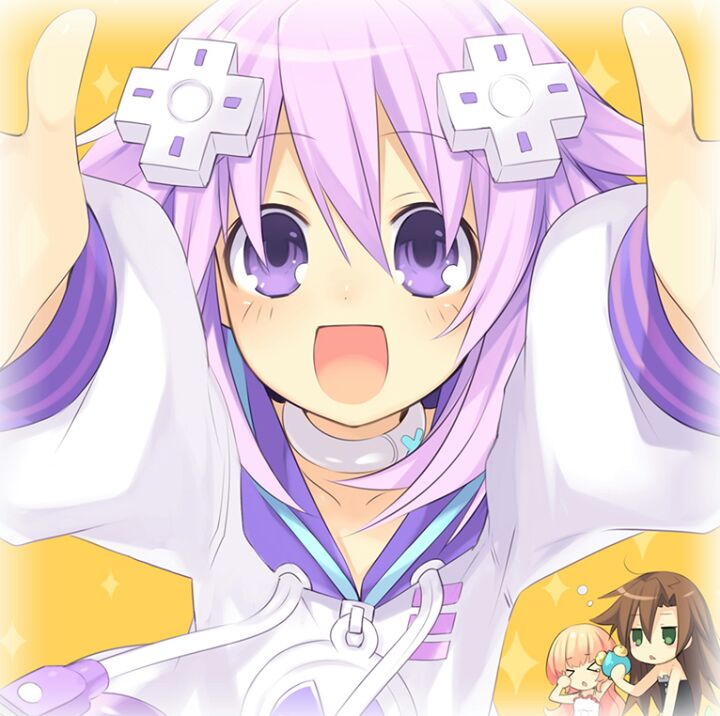 Hey guys
Today I had a tiring day and I felt like dying sia..lol....Well anyway have ue heard of the upcoming game Bioshock Infinite which is going to come out two weeks from now???.. 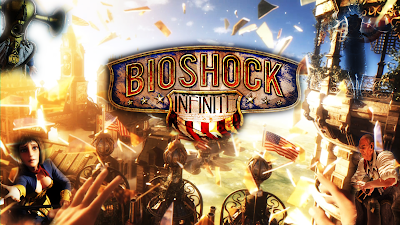 Bioshock Infinite is coming out on the 26 March 2013 and its no more underwater city but now its a floating city in the sky which is called Columbia.We be playing as Booker DeWitt, a former Pinkerton detective who was sent to Columbia to save a mysterious women called Elizabeth who has been held captive for the last 12 years.Though Booker rescues Elizabeth but he's going to find out that she is the central of the conflict and she holds a strange powers to manipulate rifts in the time-space continuum that ravage Columbia.Like the previous Bioshock games, the player uses a combination of weapons,gear and psychokinetic powers.But now we will be playing in an open-air city of Columbia which have more spaces compared to the previous and fight from high-speed skylines,in the streets and houses of Columbia, on giant zeppelins and in the clouds.... 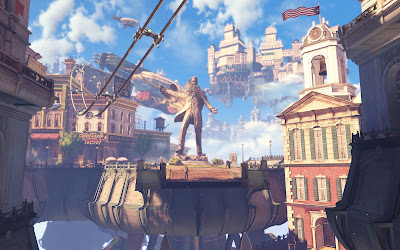 I freaking lazy to sleep..I want to watch anime entire night but tomorrow I'm busy..hais..soo sad...Well the bright side,I'm watching Little Busters and I am feel like crying when watching this cause its a touching yet a fun anime to watch...heheheee...I like Rin and Haruka..They are my favourite character between the rest because Haruka is an enthusiasm,bright,funny and imaginative while Rin is more adorable,cute,shy and neko lover...hehehee... 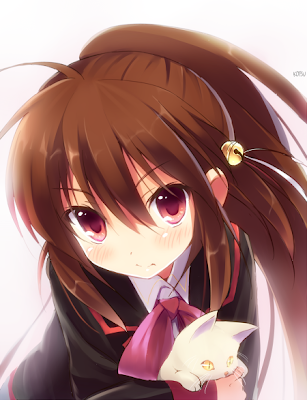 Email ThisBlogThis!Share to TwitterShare to FacebookShare to Pinterest
Labels: Anime, Random stuff, Reviews, Updates
Yo...Guys...
Long time since I post something..I have been busy lately and haven't had anytime to spare on my computer and if I do have time its only a minutes or so...It soooo sad...As you know since mstrsprk has already started his own blog,I and my going to take over this blog but mostly me...Well I will be posting something or anything I fine amusing and I going to edit a bit about this blog.....

Or not really migrating. Just to let you guys know, i've started a new personal blog Fanatical delusions of the average otaku. From now on, i'll be posting my reviews and whatnot there, but i may still post here. So, what about this blog then? Well, the others will take over for me, so not much to worry about i guess? Some of the old posts can be found there, had to spend a lot of time to figure out how to use wordpress, so go check out my new blog! Will also put up a new review on the new blog soon ^^
Posted by MSTRSPRK at 2/11/2013 12:54:00 pm No comments:

Weekends are here and i've got some things done. Here's somethin to keep you interested until i get this "certain" thing done :P

Oh god, should have done this lonnnnng ago.... First time attending EOY, had a blast, nuff said. Let the pictures do the talking

Ok, so there has been a major slow down in posts for quite some time here, that's bad. But there should be more posts once i have more free time, so for now, please be patient :D thought we were dead huh? ^^

So guys, there has been a lag in the posts but, i haven't forgotten about this blog, well, at least I haven't, seems the other members are MIA. But still, HAPPY NEW YEAR!!! XD More stuff coming your way too~